I’m Not Ready For The Apocalypse

I always thought I was but, seriously, I’m not at all ready for the apocalypse.

.  I was 13 at the time and fell immediately in love with the concept. Since then it’s stayed a very popular trope. There have been thousands of terrible and maybe ten really good apocalypse books and shows.

The Walking Dead is everybody’s favorite for TV, but Jericho kicked all kinds of apocalyptic ass in its day. Books have an easier time world building, or in this case, world destroying, but there’s only a handful I love. After The Stand my next favorite is Zone One by Colston Whitehead, which is a literary zombie novel. I know that’s like saying “a healthy heroin” or “fat free bacon butter cheese” but it’s true. Zone One explores the mental and emotional impact of the extinction of the human race and not only does it well, but… zombies!

For some reason people like me who enjoy picturing an apocalypse, zombie or otherwise, see themselves as survivors. Odds say that’s not true; otherwise there would be no massive culling of humanity, hence, no apocalypse. It’s likely true for me though because of my athleticism and intelligence and humility and overall awesomeness.

I picture myself alone, roaming through an empty world filled with abandoned toys. I salivate at the idea that I might walk into empty mansions and claim everything I see as my own. Even at a young age I was euphoric at the idea of being able to go through the world’s medicine cabinets and have my fill of medicine bottles that have euphoria listed as a side-effect.

When I was seven or eight, my mother turned all born-again Christian and this grew my Armageddon imagination tremendously during my formative years. Even though I knew the rapture sounded crazy, I loved the idea. All of those people, gone! Just disappearing into this air without even getting to pack a bag. The beauty of that scenario is that there aren’t even any bodies to clean up. No muss, no fuss. 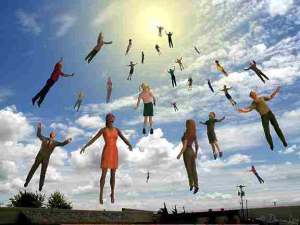 I pictured myself riding blimps and sinking yachts for fun. I’d run through grocery stores and eat every candy bar I felt like. I could drop heavy things from tall buildings. I could ride through the school halls on my skateboard… that was pretty much the extent of my imagination at that age.

As I got older though, doubts crept in. No, not about scientific feasibility of animated corpses walking around with, like, zero red blood cell count or how God would give me such an amazing gift as taking all the hardcore Christians away, I had doubts about my ability to prosper in such scenarios.

The perfect timing for an apocalypse would have been during my twenties.

My thirties would work too, sure, but every year made me a little more reticent.

When I hit forty I knew I had to rethink things.

It’s not like I wouldn’t enjoy 9/10’s of the world’s population being wiped out.

It’s not like I’m not still in damn fine shape. I’m not fit for forty. I’m fit for any age. And I’m really good looking. And really smart. And more humble than anyone who has ever lived.

It’s that I’m just not cut out for apocalypse life anymore, maybe I never was.  I’ve always considered myself a survivor, but I meant it in more of a city-boy or prison yard kind of way. I can make friends fast and my morals are loose enough to do what I have to do to make sure I eat. 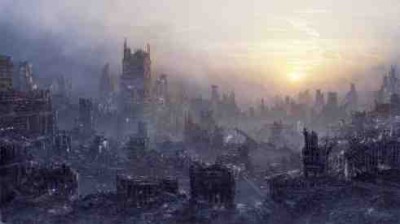 This is what my stomach would look like without Prilosec

To survive long-term post-apocalypse though, you need to be more of a “Country boy will survive” kind of survivor. A Daryl Dixon. You need to hunt and fish and farm and make fire and cook meth in a double wide trailer. I can’t do any of those things.

I’m also way too dependent on modern stuff. Once my contacts wore out I’d have glasses but what happened when they broke or I needed a new prescription?

I take Prilosec every day to prevent heartburn that would blow a hole through my solar plexus if left unchecked. How would I find medicine with CVS looted and burnt? Prilosec is my insulin.

I get pissy if I go three hours without eating.

I need the air conditioner to be at 72 to sleep well.

I have to wash my hair exactly every other day with Head and Shoulders or terrible things happen.

I have to brush my teeth right after I eat. I just have to.

That’s only scratching the surface! What would happen if I got bronchitis or a sinus infection or, god forbid, hemorrhoids? What happens when Karen really wants chocolate and I can’t find any because all the stores are zombie hangouts or antichrist organic grocer co-ops?

The older I get the more high maintenance I become. So if there is an apocalypse, I need it to be a very specific kind of apocalypse that still allows me to live exactly as I do now. I know it sounds crazy but I’m almost starting to think life would just be easier without human extinction.

14 comments for “Apocalypse Not ”