“Can you believe that I got Dan Brown and Jesus Christ to review Lost In Spain? It was easy, I just had to bribe them with a shiny metal toy and alms, respectfully.” 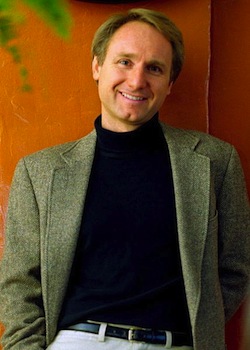 I had no idea what to expect when I received my free review copy of Lost in Spain. My literary agent – who is from a fine and well established family with Gregorian roots- always sends them. The books.  I read this bright red and yellow, blue and white and starry book while sitting in a café where you would expect influential literary types to sit and read colorful books.

The setting of the fictional town of Javaron struck a striking pose in my imagination, like a great looking supermodel modeling a famous pose on some rocks somewhere, posing beautifully.  The characters were colorful like the brightly colorful blue and yellow and blue and white and starry cover, and filled with conflict and drama. Especially the murderful Gypsy and the post-adolescent young man of German descent who was called Kasper.

I, because I am a professional author of great fame and praise, found the lack of religious artifacts to be tedious and the less famous author than I, didn’t even mention the expertly crafted character Robert Langdon once. That was bad.

Overall I found the brightly colorful book to be very, very good and made my face twitch in what would have been a smile in a lesser man and my throat constricted in laughter before I shut it down with the iron of a great, renowned scribe.

I give this colorful covered book 1 7/8 thumbs out of two thumbs attached to my talented hands. 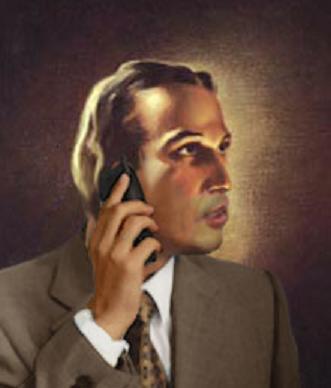 Is paper gathered from trees or from the bottom of swampy water? Does every solid tree bear good paper for printing? Does good paper from good, dead trees bear good character arcs and adept storytelling? Do crappy, wilting trees produce thin paper on which one-dimensional characters perform evil deeds in rejection of Our Lord? I’m seriously asking here, I have a curious mind and an omnipotent father.

The knowledge of the secrets of the kingdom of literature has been given to you, but not to them. Whoever has good prose and believable dialogue will be given more. But those who do not have these things… even what they do have will be taken from them. That didn’t really make sense but surely you must understand!

When I saw the people of the internet I said unto them, “Render unto Amazon the things that are Amazon’s, and render unto Scott Oglesby a few lousy silver and copper coins so that you too may enjoy this hilarious book.

Listen now if you have ears to hear!!! This it’s the funniest book I’ve read in two thousand years. I would recommend it to anyone except my father.