Last night I got on a bus with Sarah Silverman, Jonah Hill and Jessica Lange. As we climbed aboard I saw that it was a long bar-bus limo thing and I wondered if I was in a cool Bud Light commercial where I get the night of my life in exchange for selling my soul for a multi-national company whose product tastes like weak piss from an anorexic albino vegan accountant with low-blood sugar.

I wonder if anyone is going to seduce me, I thought, thinking that would be cool, until I looked at Jonah again and he was leering at me with bad intentions. Or, with as bad intentions as Jonah Hill ever has, which usually just means he wants a candy bar. 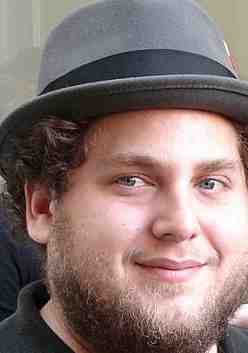 Sex and candy. That’s what he’s thinking. ALL THE TIME.

As Sarah slipped white gloves over my wrist to prepare for an epic jazz hands battle, I noticed my hands were itchier than should be attributable to simple white, diamond studded leather gloves with neon stitching. I looked down at my hand and it was covered in roaches. This was the point where, horrifically, the dream dissolved into real life.

There was no Sarah Silverman.
No Jessica Lange.
Worse? No Jonah Hill.

But there was a two inch long Palmetto Bug crawling down inside of my wrist. I flung and flailed my arm around like it was on fire and jumped out of bed with a screechy whine. I flung myself at the light switch with reckless abandon.

“What the pphhhffkkk hell?” Karen asked.
“Mother fuck.” I said.
“What?”
“Bug… bug… bug attack… kill murder death I bug smash.” I said because my vocabulary is top notch under sleep awakened stress.

To Karen’s delight, I turned on all lights throughout the house and began moving furniture around. Not rearranging it, just kind of rattling it in an effort the find the little bastard. I picked up light things and looked under them. Heavier things I shook and rattled. I don’t know if you’ve ever heard a man pick a full length sofa bed four inches of the floor and then slam it back down but Karen says it was annoying. I think she’s full of the drama again.

Finally after I rattled the bookcase, only spilling a dozen or so tomes, the disgusting beast skittered out and across our bedroom carpet like a bug that was late for an important encore in somebody’s second nightmare.

I picked up the first thing I could grab, a hardback copy of “Zen and the Art of Motorcycle Maintenance,” swept it over my head to gain momentum, and swung it down with the force that only hatred and fear can muster…. and missed. 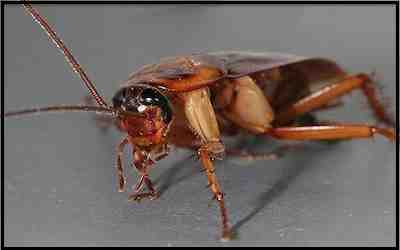 It was much less attractive than this one.

The freakish roach seemed to turn and stop for a moment to laugh and gloat and wink before running into the kitchen. This time I saw where it went. He had wedged himself under the stainless steel garbage container thing. (Is it still called a garbage can when it’s fancy?)

I replaced “Zen” with and old medical book I’d meant to give away ages ago and snuck into the kitchen with the stealth of a ninja. The only sounds were of my wife sighing, rather loudly I thought.

I don’t know why she was sighing.

I pushed the trash away fast with my foot (some would say kicked) and as it fell over, the dirty little demon ran across a barren sea of tile. I brought that book down on him with the force of over a hundred thousand years of human evolutionary hatred that had gone haywire.

The thing exploded in a six-inch Rorschach pattern of insectile death. As I righted the garbage can and began refilling it, I added the book.

Karen sighed, and this time I knew why; she was sighing in pleasure at the resourcefulness of her courageous warrior husband.

It took me two hours to get back to sleep but when I did, Jonah was waiting, and  Jonah was… hungry.

← Apocalypse Not
Fear and Loathing →