When you pinch yourself, hard, with a pair of needle-nose pliers, say, you can endure Herculean amount of pain. Enough to leave your nipples semi-hard for three hours with fancy groves running back to front. When Mistress Misery, however, applies the exact same amount of pressure you find yourself in incredible pain and utter “Mitt Romney” (which has been your safeword for three years) to make the ouchie stop. The difference is that when you’re in control, or at least know what to expect, you don’t suffer pain in the same way as when you’re out of control and do not know what is coming next. 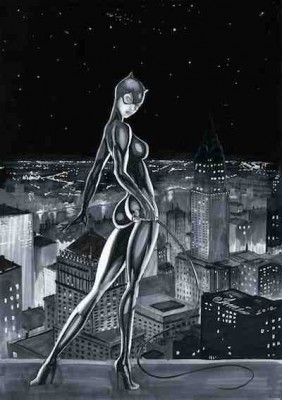 I played a lot of sports when I was young and as a result my body is falling apart. I’ve suffered back, neck and even hip pain since I hit twenty. Six years ago while living in Spain I destroyed my rotator cuff. I had been doing behind the neck pull-ups the day before benching pretty heavy and felt some weird pain. I was pretty much Grizzly Adams at the time so that night when I went to chop firewood, I felt a two inch Smurf crawl into the back of my shoulder and go all Scarface with a chainsaw.

It took three months before I could even comb my hair or brush my teeth with my right arm. Because we were in Spain and I was terrified of what butchery I might endure and also because I didn’t have Spanish insurance, which was nothing but a card you show to the local winemaker for jugs of pain relief anyway, I rehabbed myself using exercises I found on the internet and buckets of ice.

After two years I could finally lift weights again and slowly brought myself back to my “normal” which is what other people call “crazy person pretending to be healthy.”

I should mention here that I’m not an obnoxious gym rat douchey guy that wears pajama bottoms because my thighs won’t fit in normal clothes. I’m strong, but I’m a tiny girly-man that most women and all men could beat up with zero difficulty. I don’t work out to get big. I work out because I used to be an alcoholic and if I’m not drinking I have to do something to keep my brain from breaking bad. Afterwards I feel good, like I’ve had a fix.

I still play sports for the same reasons. I taught Karen how to play tennis a few months ago and she took to it like Andre Agassi took to applying sunscreen on the top of his head. She didn’t just love it, she needed it. We have played every day we’re both off in the morning (mid 80’s and sunny) and in the early evening (mid-hell temperature) as well as every other spare hour we can find. Six pm in June in Florida is not an ideal time to play tennis considering parts of our shoes melt onto the court. But, we have fun.

Last week I treated myself to a day pass at the Y. Sure, I work in a gym and can work out there for free but the Y does not have clients who want to talk to me non-stop while I’m trying to exercise. They DO have cooler, newer equipment, a pool, a sauna and a Jacuzzi. Filled with hope and testosterone, I used that cooler, newer equipment until my shoulder screamed at me in indignation.

It started out with a sharp pain and spread to an enveloping numbness that was just like heroin only not enjoyable or addictive. I skipped the luxurious Jacuzzi so that I could go home and ice it. Then I went home, iced it and had a nap.

That all sounds very adult (with a nap-hint of toddler thrown in) but I can assure you there was nothing calm about these actions. I thought:

-If I can’t train clients on the machines I’m going to be fired from my job.

-I don’t have insurance so I can’t even get my shoulder repaired.

-What can I do without the use of my right arm?

-I can’t workout so I’m going to go into a depression.

-I can’t play tennis so my wife is going to leave me, probably for a tennis pro.

-I’ll be considered disabled and I won’t be able to find another job anywhere.

-But… I could get a job as a Wal-Mart greeter.

-I wish Target had greeters, I hate Wal-Mart.

-I’ll have to find a nice Wal-Mart assistant manager and move into her trailer park.

-I can play left-handed checkers and Connect Four on her shit stained sofa while her meth-addicted son shoots BB’s at me for drug money and since I won’t have any money he’ll keep shooting me until I lose an eye and the last sliver of my will to live. 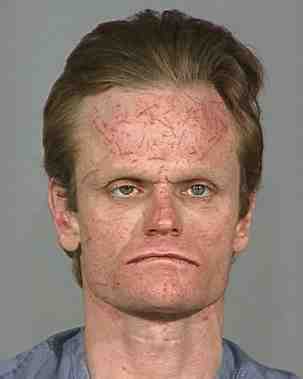 This is the son. To be fair, I did sick Catwoman on his exceptional forehead before he shot BB’s at me.

Source: Unknown Meth Addict – If it is you I will happily add credit

So instead of napping like a normal three year-old-adult I tossed and turned and felt my shoulder ache and sweated profusely in pain and fear. I got up and made Karen repeat that she would not leave me if I became an invalid.

Two days later and I think my shoulder is actually okay. We played tennis last night and it didn’t bother me at all. My point is, I’ve had an epiphany: it’s not the actual pain that causes suffering. It’s the uncertainty of not knowing how bad it’s going to get, of not knowing what’s going to become of your life. Animals do not suffer. I need to learn to live like an animal. So that the minute something terrible happens to me I can curl up on a trailer park couch without anxiety or fear and simply let the BB pellets ricochet off of my tortured body.

Must read – Lost In Spain: A Collection of Humorous Essays by me

← Fear and Loathing
Lost Without Karen →

14 comments for “Pain and Fear”