Things I Miss About Spain

Turns out? I do miss a lot of things about Spain. We’ve been back in Florida for just over three years now. Three years is the amount of time I need to wrap my head around “new things.” When my wife Karen makes us rearrange furniture I bump into the ottoman or the refrigerator on my way to the bathroom in the middle of the night even though the refrigerator was never even moved. When we buy a new car I mistake the emergency brake for the turn signal or the gas pedal for the horn until I’ve killed at least three years’ worth of pedestrians. 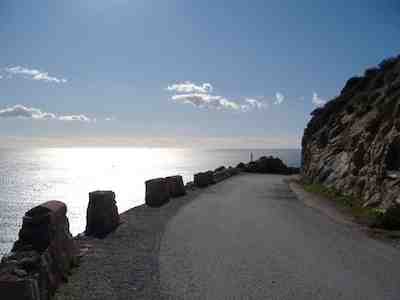 When we first moved to Spain I loved it, it was all so unique and new and filled with possibility and adventure. At the same time, it was very different from anything I’d ever known and I began to miss home. Life was much harder and even though I usually blend in pretty well, I found it difficult in Spain. The Spanish stared at me with toothless, open-mouthed animosity and the forty percent British population didn’t fall in love with me as quickly as I expected. The fact that I was a drunken asshole for the first year and a half had everything to do with that but it still felt odd.

Life was much harder, more of a daily struggle than I was used to. There were no large grocery stores within an hour drive and when you drove to one it still didn’t sell Eggo’s or ground beef or Vicodin. We had to chop wood and light a fire in the fireplace to stay warm. We had to buy and carry propane tanks around to have hot water or gas for the stove. We had to shower outside and do laundry by hand, All of this was kind of cool in one way, but quickly wearied me in another.

By the time we’d been there for three years, and I was used to Spain, we were on our way back to the states.  So it goes. Now, I miss the ever-loving shit out of Spain. I miss it for more reasons that I realized when starting this list. 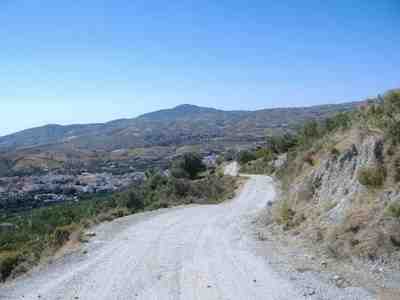 I used to take a beautiful mountain walk every day. Within ten minutes of a straight uphill climb, not only could I not see any other humans, but could not see any evidence of humanity ever existing at all. No people, no cars, no houses, no anything. That appealed to my last man on earth fantasies and ohmygod I loved it. Breathtaking views all the way down to the Mediterranean, all unsoiled by human progress. 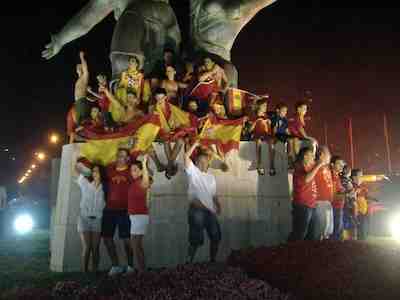 Can you find me?

Every other week it seemed there was a valid excuse for the entire village to drop everything and party for three or four days straight. The Fountain of Wine fiesta was their wine harvest fiesta and they literally hooked up giant casks to the city’s water fountains. New Year’s in August was a unique and utterly debaucherous affair and my personal favorite. In 1983 the town clock broke at fifteen minutes till midnight. It was finally fixed on August 7th and finally rung in the new year fifteen minutes later. When they heard it, the town’s people dropped what they were doing and partied like it was 1984. Since  then, 8/15 has been the second New Year’s party. Thousands of people came from hundreds of miles to join in the festivities. Stuff like that just doesn’t happen here.

Murderous gypsies, German hooligans, two sex workers from Amsterdam, Welsh drug dealers, and a British movie extra who was also a mid-level gangster: Our little village in Spain had them all. And I miss every one of them. So much that I wrote about them: Lost In Spain By Me

Not having a real job

We still hard to earn money, we just did it online. Some of that even entailed work. We still repaired and fixed up the house. But not having to wake up to an alarm and drive to a place for a predetermined amount of time for three straight years was exceptionally brilliant.

The daily meditation of just living 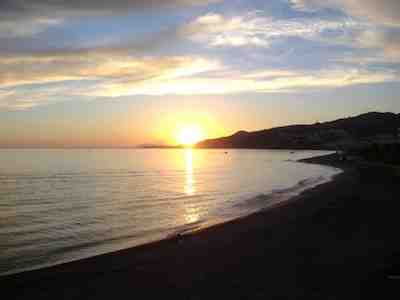 Almost an inspirational poster, only with no kittens hanging on. Because they all fell in due to the lack of trees. Sorry.

The same stuff that I described earlier as a struggle to survive became a daily meditation. I got lost in the activities that needed doing and in doing so freed my mind.

The history, the architecture, the culture 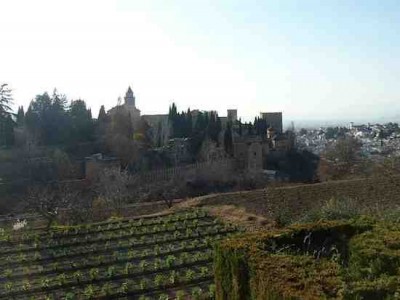 Not a McDonald’s or a McMansion, this is just a castle.

Our house was hundreds of years old. Entire generations had been born and died in that house. There were no McMansions in Spain. There were very few McDonald’s in Spain. No strip malls. No Bed Bath and Beyond. If that’s not a win then I don’t know what is.

Overall I am happy to be back home but I sure do miss it, especially since three years have passed.

What to know more about my time in Spain? A very funny book

10 comments for “Things I Miss About Spain”