Enter to Win a FREE Copy of Lost in Spain

Book Giveaway For Lost in Spain: A Collection of Humorous Essays

I’m giving away two copies of my hilarious book “Lost in Spain A collection of humorous essays” on Goodreads. Just CLICK HERE to enter the drawing.

This is just like the lottery, only if you win, you win “Lost In Spain“

instead of millions of dollars and new relatives and friends on FB and Twitter and across town in the homeless shelter. You win my book instead of extra marital affairs and domestic violence involving a goat and divorce and foreclosure and lawsuits and criminal conspiracies followed by jail time and new addictions that you didn’t even know existed and bath salt suppositories and hookers and before you know it you wake up naked, except for a wolf-mask, in a Howard Johnson’s in Juarez chained to a radiator. 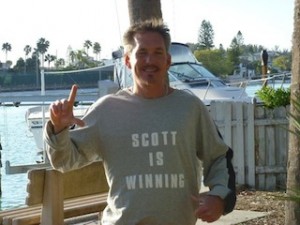 I’ve been there and done that. The lottery curse thing? It’s as real as neck chafing from a wolf-mask.

If you win Goodreads’ “Lost in Spain” giveaways, however, there is no curse. If you win my book you only win a signed copy of my book.

To enter for your chance to win two signed copies just CLICK HERE!

This wasn’t a real post but what do you people want from me? I’m already giving you a free copy of my book. You know how Cracker Jack gives you a prize in every box? Well Cracker Jack sucks but nobody cares because you get a prize. Well this post is Cracker Jack and winning my book is the prize.

And now I’m mad at myself for comparing my two year labor of love to a Cracker Jack’ prize.

Missed it or not feeling lucky?

You can get your own copy on Amazon

Available in all the good countries.